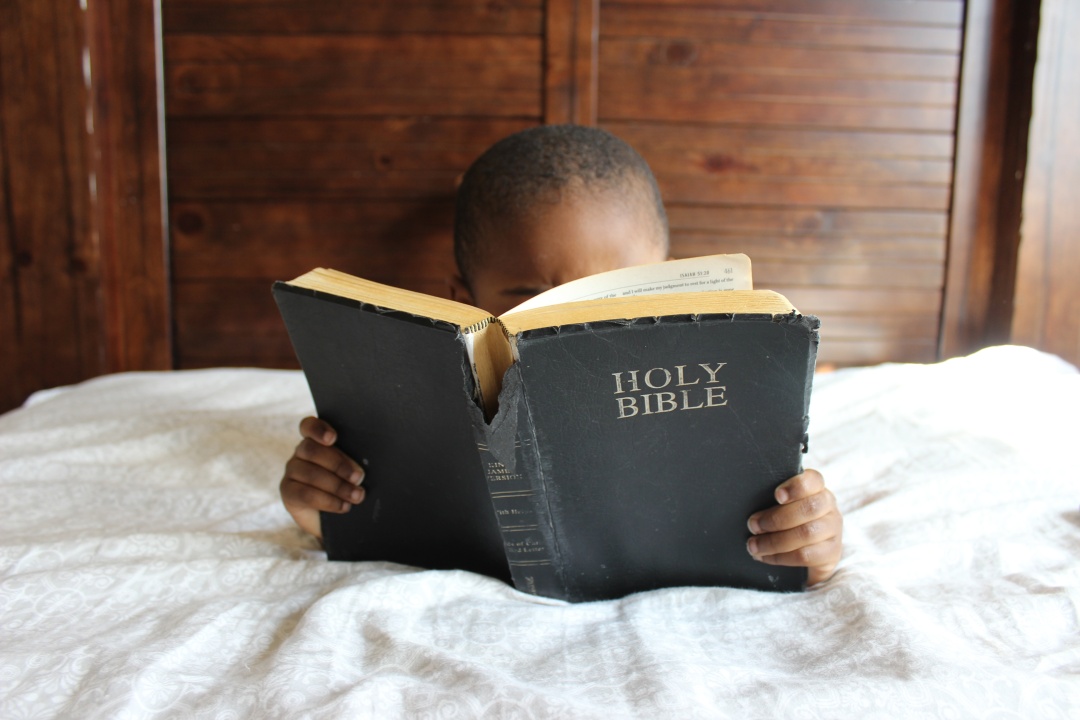 What is the Bible?

“I am busily engaged in the study of the Bible. I believe it is God’s word because it finds me where I am.” – Abraham Lincoln, 16th President of the United States, 1809-1865

When I was a child in Sunday School, we would have Bible drills.  Sometimes we would be quizzed on Bible trivia, or have a race to see who would be the first to find an obscure Old Testament book.  Some of them are really short, have weird names, and are hard to find.

We even had Bible jokes.

Where is the first tennis match mentioned in the Bible?  When Joseph served in Pharaoh’s court. Genesis 41:46.

Is baseball mentioned in the Bible? Yes, Geneses 1:1 says, “In the beginning  (big inning).”

Those could be fun, but what I really loved were the stories.  God saved Noah, his family, and pairs of all the animals from the Worldwide Flood that destroyed the totally wicked society that had developed after the Creation. God’s power was displayed in Exodus where Moses led his people out of Egypt and God parted the sea for them to cross so Pharaoh’s army wouldn’t catch them.  They had been slaves in Egypt and I tend to favor the underdog, so I really like that one.

David was another one.  He was too small to fit into King Saul’s armor, but trusted in God to help him kill Goliath, a large, fierce enemy soldier, with just a slingshot and some stones.

Jesus fed 5,000 men plus their families with 5 loaves and 2 fish, with 12 baskets of leftovers.  He healed the sick, blind, lame, and raised people from the dead.  And the greatest miracle of all – after being cruelly executed by the Romans, and his corpse lying three days in a tomb, He came back from the dead!

On the downside, we learned many moral lessons from the failures of the God’s people.  After seeing God part the sea, why didn’t the Israelites trust God enough to go into the Promised Land even in the face of fierce opposition? How could they worship the wood and stone idols of other nations, those so-called gods who could do nothing?  After following Jesus for three years, how could his friend and follower, Judas, betray him?

I learned about the Bible by experiencing it through these written records.  They spoke truth to me.

What about you?  Have you ever read the Bible or maybe parts of it?  What did you think?

Maybe you have never read it, or tried to start in Genesis and got bogged down in all those genealogies.

For those who aren’t familiar with these religious writings, we need to answer the question:  what is the Bible?

The Bible is a collection of 66 books, containing many types of literature, written over about 1,500 years, by people who followed the God of Abraham, Isaac and Jacob, the patriarchs and founders of the Israelite nation.

According to Elwell and Beitzel, “The word “Bible” derives from the Greek biblia (“books”), which, though plural, came to be used as a singular noun and to stand for the collection which Christians regard as the Word of God. Together, according to Christian belief, these books constitute God’s revelation of what all people need to know about their origins, rebellion against God, sinful nature, salvation, spiritual development, and destiny.”  [Walter Elwell and Barry Beitzel, “Bible,” Baker Encyclopedia of the Bible (Grand Rapids, MI: Baker Book House, 1988), 295].

This library is divided into two sections, the Old Testament and the New Testament.  Testament means a covenant or contract, referring to two ways God related to His people, with Jesus Christ as the dividing line in time and theology.

The Old Testament, also known as the Hebrew Bible, has 39 books written by about 30 main contributors.  These religious writings are sacred to both Judaism and Christianity. Most were written in  Hebrew but some books contain parts in Aramaic, a related language.

The first 5 books were written by Moses in the last half of the 1400s B.C. (or B.C.E. ‘Before Common Era’ if you are politically correct).  They start with the Creation of the universe and follow history through to Moses’ time.  It is evident that he used earlier sources, probably oral tradition (although recent discoveries demonstrate that writing started MUCH earlier than we thought) passed down through many generations.  The last Old Testament book is Malachi, written about 400 B.C.

The variety of literature is wide: history and laws, prayers, poetry and songs, teaching and wisdom literature, letters and legal documents, prophecy and predictions, warnings and lament.

The New Testament has 27 books written in Greek in the first century A.D. by 8 or 9 authors.  The Old Testament predicted the coming of a future Savior of humanity.  Judaism is still waiting for this deliverer and doesn’t believe these Christian books are from God.  Christians believe this person was Jesus who was born about 2000 years ago and will come again.

The first five books are primarily historical and ancient biography, but also contain short stories that illustrate spiritual truths, sayings and sermons, trial transcripts, and even predictions of the future.  Matthew, Mark, Luke, and John are the Gospels (from the Greek euaggelion, meaning good news), which tell the story of Jesus while he was here on earth in the first century A.D.  Acts is a partial history of the early church and how it spread from a tiny group in Judea and Galilee to cities around the Mediterranean.

The last book, Revelation, is prophecy.  The resurrected Jesus gives cautions and commendations to some early churches in Asia Minor (now Turkey), and then makes predictions concerning the future of the church, using a lot of imagery.

The rest of the writings are letters to various churches and ethnic groups that contain spiritual truths and guidance.

The human authors of the books of the Bible included kings, princes, administrators, military leaders, prophets, exiles, shepherds, farmers, tent makers, doctors, tax collectors, fishermen, the wealthy and the poor.  And even women.  Miriam, the sister of Moses, praised God and his miracles in a song recorded in Exodus 15.   Mary, the mother of Jesus, sang a song of praise to God, known now as The Magnificat, recorded in Luke 1:46-55.  The writer of the book of Hebrews is uncertain.  Although many believe the author was the Apostle Paul, it is not in his usual style and some argue it was written by his friend Priscilla.

So, if this collection was written over a time period of about 1,500 years and by over 40 different authors, why should we believe the Bible is God’s Word?

NEXT BLOG:  What Does the Bible claim about itself?

Holy words long preserved
for our walk in this world,
They resound with God’s own heart
Oh, let the Ancient words impart.

Words of Life, words of Hope
Give us strength, help us cope
In this world, where e’er we roam
Ancient words will guide us Home.

Ancient words ever true
Changing me, and changing you.
We have come with open hearts
Oh let the ancient words impart.

Holy words of our Faith
Handed down to this age.
Came to us through sacrifice
Oh heed the faithful words of Christ.

Holy words long preserved
For our walk in this world.
They resound with God’s own heart
Oh let the ancient words impart.

Ancient words ever true
Changing me, and changing you.
We have come with open hearts
Oh let the ancient words impart.

We have come with open hearts
Oh let the ancient words impart.