When They Just Keep Digging

What do you do with someone who doesn’t seem to recognize how destructive their behavior is?

Intervention doesn’t always work.  The tragic death of Philip Seymour Hoffman comes to mind.  He had just come out of rehab.  He knew he was addicted to heroin.  But his self-destructive behavior continued.

Was there a follower of Jesus who knew Hoffman and could have offered some hope?

Last week I listened to the audio version of How People Grow by Dr. Henry Cloud and Dr. John Townsend.  I couldn’t help but look at the Hoffman case through the lens of that book.  I don’t know the details of what happened to Hoffman, but I’ll make some guesses.

Lack of Knowledge.  We are broken and can’t fix ourselves.  Did Hoffman go through another round of treatment that gave him the same old self-help solution?  He knew he was powerless over his addiction, but did not know to connect to the only Power who could help him to change and overcome it.  So without hope, he fell back into the old pattern and self-destructed.  Maybe he didn’t know there was a solution – only God can repair us.

My chief complaint against so many 12 step programs is when they teach someone to rely on a higher power, “as you understand it.”  So is that power a mystical Star Wars force, the punishing Allah of Muslims, the higher consciousness of Buddhism or Hinduism?  Who you put your trust in does matter.  I can glue feathers on my arms and “trust” in them to help me fly, but if I jump off a cliff, I’ll crash.  The only true “higher power” is the Creator God of the Bible.

Lack of Support Structure.  But another thing may have happened.  He had been through rehab before.  So he gets out, falls back into the same old temptation, and can’t beat it.  Maybe he just got tired and discouraged and gave up, not realizing that healing is a process.  He didn’t give it enough time. 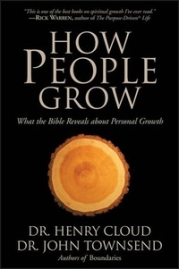 From the news accounts, he was living alone.  Cloud and Townsend are correct:  we need relationships with God and others in order to grow.  We need people to pick us up when we fail, to encourage us, to remind us that real change takes time, and to help us to heal.  Would the outcome have been different for Hoffman if he had a Christian support group?

Like all people, I have a few issues I have struggled with my entire life.  Sometimes I feel like I have things under control.  I’ve learned that those times are really dangerous because  I tend to let my guard down, and stumble yet again. Then I get into that guilt trip — “Oh no, I done it yet again, God is going to get mad.  He’ll never forgive me this time,  After all, how many times have I done this same thing.   I feel dirty and can’t approach God.  Where can I hide?”

I find it hard to break out of this cycle.  But staying in the ‘sweet spot’ of recognizing that I CAN’T resist the temptations in my own strength, and trusting in God to do it, is the only solution.  I don’t always succeed – at times I fail to trust in God and won’t get help from others.   But often I do rely on them.  When I compare where I’m at now with where I was 10 or 20 years ago, I can see the growth God has given me.

What problems do you struggle with?  Addictions?  An eating disorder?  Pornography?

How have you tried to fix the problem?

Would you like to know God personally so He can give you the power you need?  If so, go to  http://www.cru.org/how-to-know-god/index.htm